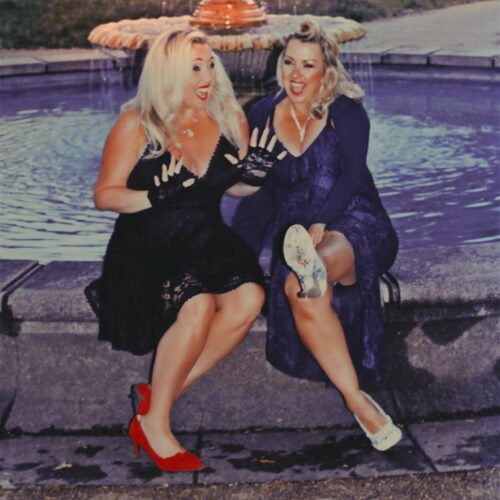 It’s natural that The Mellor Sisters are more than at ease on stage and in music – their father was a big band musician, their mother a big band singer, and their grandfather played first violin with the legendary Fats Waller, amongst other people (as a child, Eric Mellor and his family even played the music in theatres to accompany silent films).

Their grandmother was a 1930’s & 40’s Dancehall queen, performing amongst the big names of the day (George Formby and the like). Great-grandparents and their parents; they all made music and gravitated around theatres. Needless to say, entertainment runs deep in the Sisters’ gene pool, and they have an effortless ease and camaraderie on stage.

With harmonies sweeter than honey, blending as only true sibling harmonies can, The Mellor Sisters in their Vintage and Jazz act are singing and swinging to the songs of the 40’s and 50’s, offering to take you for a wander down memory lane, to remind you of a time when Britain and her people truly were Great; in fact they were more than that; they were heroes.

The Mellor Sisters
Brought to you by Real Food Festivals
×