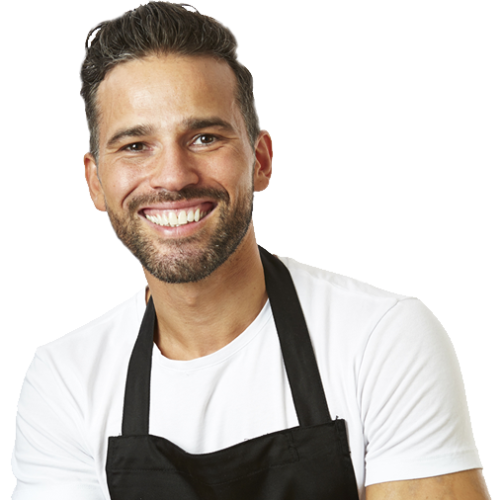 Since 2010 Dean Edwards’ family friendly cooking style has made him a firm favourite on ITV’s ‘Lorraine’. Making his debut on ITV’s ‘This Morning’ in September 2009, he can now be found opposite Lorraine Kelly once a week where his friendly persona has made him a huge favourite to millions of viewers weekly.

After bursting onto the chef circuit – coming second in BBC’s Masterchef Goes Large in 2006 – he sought to change his life radically, leaving his career as a digger driver to pursue his love of cooking and food with a stint at the two-Michelin-starred Midsummer House in Cambridge.

He has been featured on shows including Good Morning Britain, Take on the Takeaway, Market Kitchen, Saturday Cookbook and The Big Eat.

A well known face on the foodie festival scene, Dean is the author of two cookbooks: ‘Mincespiration’ and the recently released ‘Feel-Good Family Food’ (published by Transworld) both of which have been greatly received by the public.

Dean Edwards
Brought to you by Real Food Festivals
×