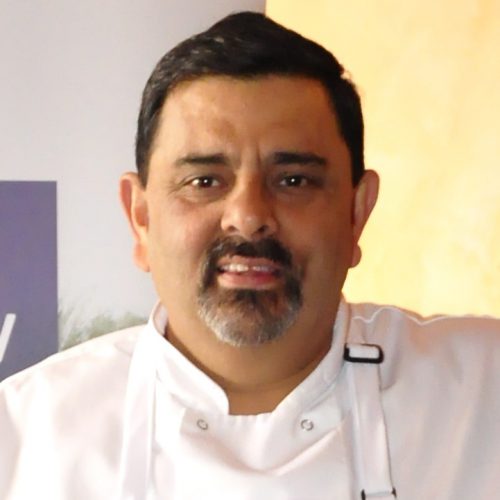 Cyrus Todiwala OBE DL is Chef Patron of Cafe Spice Namaste,the landmark Pan-Indian restaurant which he runs with his wife Pervin and a loyal team of 30 staff. Cyrus is also the author of three phenomenally successful cookbooks – Café Spice Namasté, International Cuisine India and, most recently, Indian Summer, dedicated to the memory of a much-loved nephew. He also contributes articles occasionally to various periodicals including Caterer and Hotelkeeper and Stockpot. He is the only Indian chef in the UK to have been recorded for the archives of the British Library. He appears regularly on BBC1′s Saturday Kitchen, on Daybreak on ITV1, and is often interviewed on radio, includiing BBC Radio 4 and LBC Radio.

Cyrus Todiwala OBE
Brought to you by Real Food Festivals
×